Skilled investors would tell you that anytime you make a certain investment, you have to weigh the opportunity costs against the potential of making some other kind of different investment.

So let’s take a moment to weigh a pool route process against that traditional process of flipping an individual property for resale. That can help to show how pool routes measure up as an investment, and what to be prepared for when buying or selling.

When you’re flipping a property for profit, you’ll need the entire amount of money to purchase that property in cash. Or you’re going to be financing, which adds money on the back end and makes your process more expensive.

By contrast, one of the benefits of buying pool routes is that you don’t have to pay for the infrastructure – you’re buying something that will generate income over the years, at its face value. There’s a simplicity to this, and somewhat less of a risk in general. In addition, if you know that the business transaction is properly vetted, then you have that additional confidence in play.

Putting in the Work

The work involved in flipping a property is erratic and often one-time work. People like to drop everything and focus on rehabbing a particular piece of real estate 24/7, until it’s done.

With pool route selling, you’re investing in a sweat equity process that is constant and stable. You can steadily grow your business based on a certain number of input hours per week, so that you can make this part of a bigger financial strategy that is consistent and predictable, and you can stay organized.

When you’re buying pool routes, it’s a relatively straightforward commercial process. Then you deal with the site workers and people who would do the actual pool maintenance – to make everything work logistically.

With flipping a property, you’re dealing on the front end with agents, inspectors, title companies, lawyers and perhaps lenders.

Then you’re dealing with contractors, suppliers, and workers and divvying up all of those major tasks.

Then later, when you’re selling, you’re dealing with buyers and agents and inspectors…

You get the picture. It’s not a quick deal by any means.

Take a look at the blog for more on buying pool routes and how lucrative that can be. Sealey is the source for good brokered agreements that really set the stage for long-term success. Talk to us about a deal that will work for you. 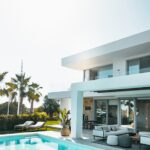 Thinking of Buying a Pool Route? Ask These Questions First 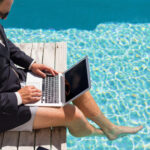 Let’s talk about the Recession 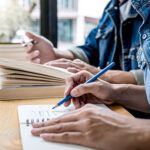 Selling a pool route? This might be for you..

Let’s talk about the Recession